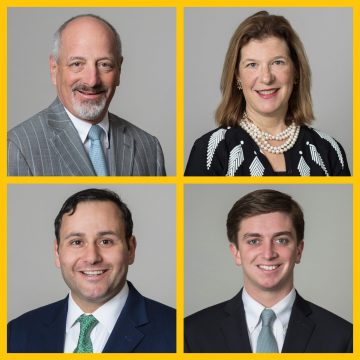 The Commercial Investment Division (CID) of New Orleans Metropolitan Association of Realtors (NOMAR) hosted its annual awards ceremony on April 7, 2022, and Corporate Realty agents were recognized for their 2021 contributions.

This year the organization included a Deal of the Year recognition, which was selected by an independent blue-ribbon committee. Michael J. Siegel, SIOR, President of Corporate Realty, and Barry Spizer, CCIM, Founder and Managing Partner of SRSA, earned this recognition for their roles in Tulane University’s lease of the former Charity Hospital building at 1532 Tulane Ave. Mike represented Tulane University in this transaction and Barry represented the landlord. The redevelopment of Charity serves as further commitment to investing in New Orleans and especially its downtown medical campus.

Corporate Realty congratulates all the winners. We are pleased to serve with such a distinguished group of industry colleagues.