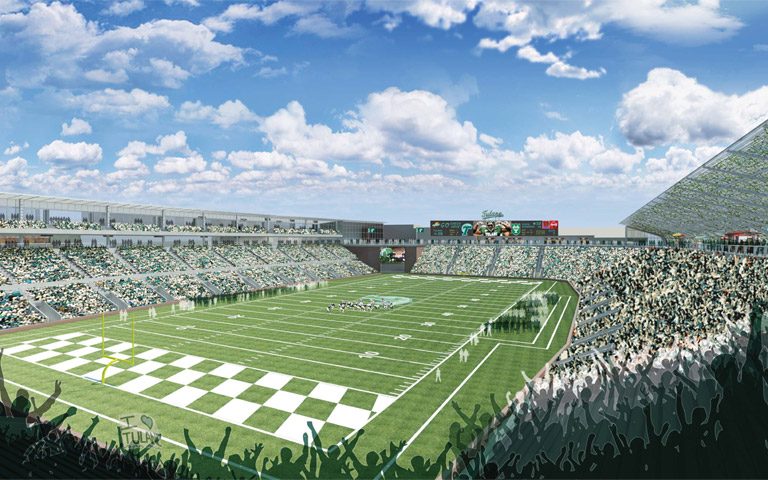 Tulane University’s athletics department today announced plans for a new 30,000 to 35,000-seat, on-campus stadium that should be ready for 2014 season.   The Green Wave moved to the Superdome when the indoor stadium opened in 1975, and there hasn’t been a football stadium on campus since Tulane Stadium was torn down in 1980.   The… Read More about Tulane to Build New Football Stadium on Campus